v In the early years (1885-1905) the Congress was led by a group of leaders, who were called ‘Early Nationalists or ‘Moderates’

·        They had faith in sense of justice, honesty, fair play and integrity of the British.

·        According to them the main obstacle in India’s progress was it’s social and economic backwardness and not Colonial British rule.

·        They hoped that British will grant ‘Home Rule’ to Indians and relied on solemn pleges made by British Government.

·        They believed that British rule has many benefits as it aided in cleaning of many social ills like sati, untouchability etc.

3.     Increase in membership of the Councils

4.     Increase in powers of the Legislative Councils

1.     Reduction in land revenue and protection of peasants from unjust demands of  zamindars.

2.     Availibility of  cheap credits to peasants through Agricultural banks.

3.     Total abolition of  salt tax and duties on sugar

4.     Reduction in expenditure on army and using the saved money in public welfares such as building schools and hospitals.

1.     Indianisation of services through simultaneous Indian Civil Service examination in India and England.

2.     Improvement of police system to make it honest , efficient and popular.

3.     Complete seperation of  executive from judiciary.

1.     Abolition of Preventive  Detention Act and restoration of individual liberties.

2.     Removal of restriction on the freedom of speech and freedom of press.

3.     Restoration  of  right to assemble and to form assosiations. 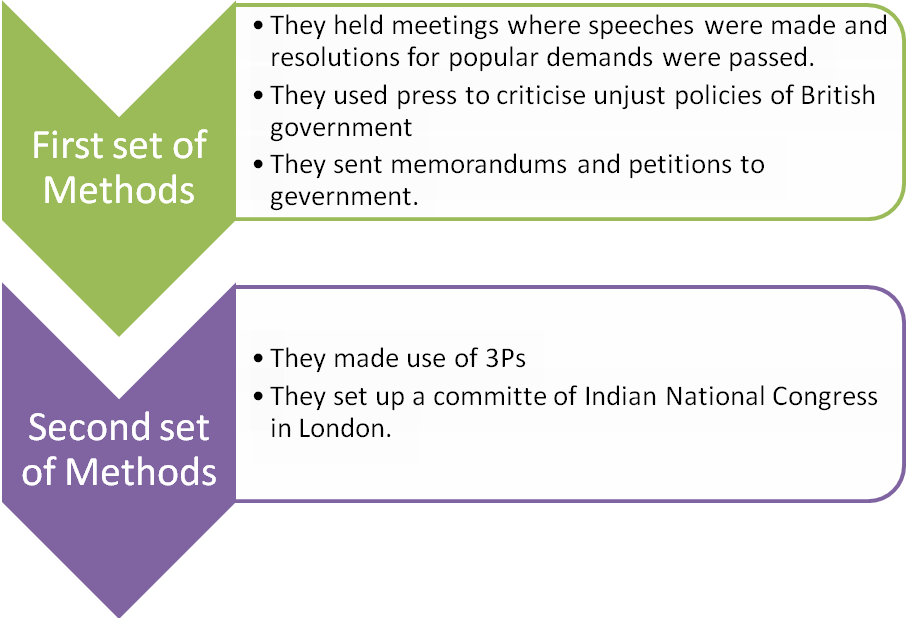 v Achievement of the moderates :

● Sowed the seed of nationalism. They helped in developing and consolidating feelings of national unity

● Exposed the explorative nature of the British rule in India.

● Laid the firm foundation of a vigorous National Movement.

● In 1886, the Public Service Commission was appointed by the British.

● A resolution was passed by the House of Commons in 1893 for simultaneous acceptance of the ICS in London and India.

● In 1895, the British Government appointed the Welby Commission on Indian expenditure, under Sir Riginald Earle Welby

● In 1892 the Indian Council Act was passed by the British.

● They were dependent on the generosity of British rather than relying on their own strength to fight the Imperial might.

● They failed to realise that interests of  Britishers and Indians clashed with eash other. Britished was using India’s resources to increase their wealth.

● They failed to draw masses into mainstream. Their area of infulence was only limited to urban educated Indians. 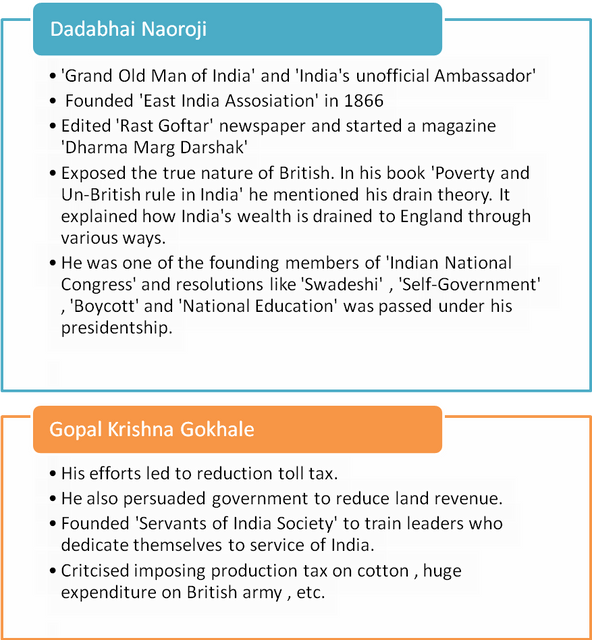 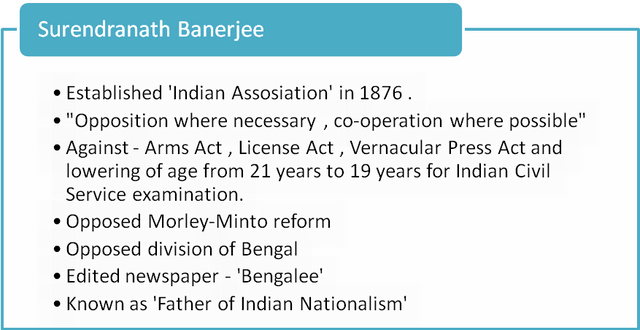